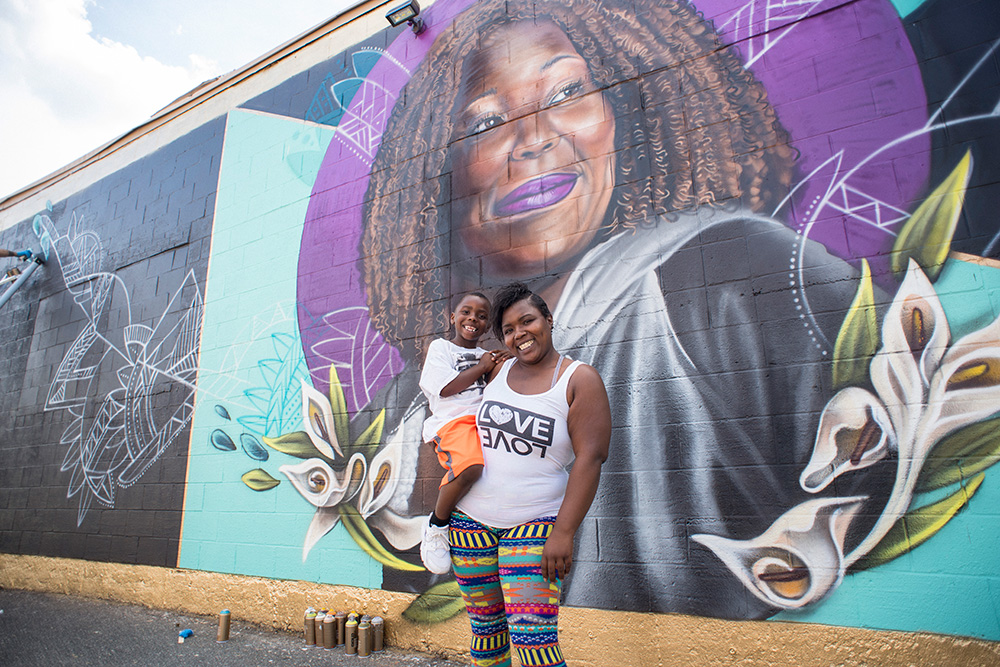 American children consume too many calories and too much added sugar, sodium, and saturated fat while also not eating enough fruits, vegetables, or whole grains. Parents, particularly moms who act as nutritional gatekeepers, are essential to changing children’s eating patterns and dietary intake.

You’re the Mom was originally developed in 2016 and pilot-tested in two communities in Massachusetts. The original social marketing campaign used traditional advertising techniques, including billboards, bus ads, and radio DJ reads, to encourage and empower moms to make healthier choices for their children at quick-serve restaurants. In 2018, funding from the Walmart Foundation allowed ChildObesity180 to adapt and expand the campaign for social media. The new campaign was developed using feedback from moms obtained through focus groups and interviews and initially aimed at moms in Atlanta, GA, and Boston, MA, and provides healthy recipes, child feeding tips, nutrition facts, and support for moms. Messaging from the campaign evolved to include foods purchased in stores and served at home.

You’re the Mom social media campaign officially launched in April in Atlanta, GA, and Boston, MA, on city-specific Facebook and Instagram accounts. We deepened our focus on Instagram as mothers became more engaged with that platform over time, and created expanding complementary content including a series of weekly blog posts about food parenting on our website. Because the campaign was launched just before the COVID-19 pandemic drastically altered life in the United States, messaging was adapted to remain relevant even as staying at home became the new normal for most families. New content is posted regularly, and the campaign features posts in both English and Spanish. Following the successful launch of the campaign, we have continued to evolve our strategy and content to remain relevant and acknowledge the issues that impact families’ lives and influence health. We have also collaborated with a mom and nutrition expert, Dr. Caree Cotwright from Georgia, who has created valuable recipe videos and inspiring content for moms. Interviews conducted by the research team at the end of the grant period will help us to assess the impact and appeal of the campaign, while baseline and follow-up surveys have provided data on child feeding behaviors and the impact of COVID-19 on child feeding.

While the current phase of You’re the Mom is nearing its end, we hope to extend the campaign and engage moms and empower them to take small steps toward raising healthy.

Visit the You're the Mom web site